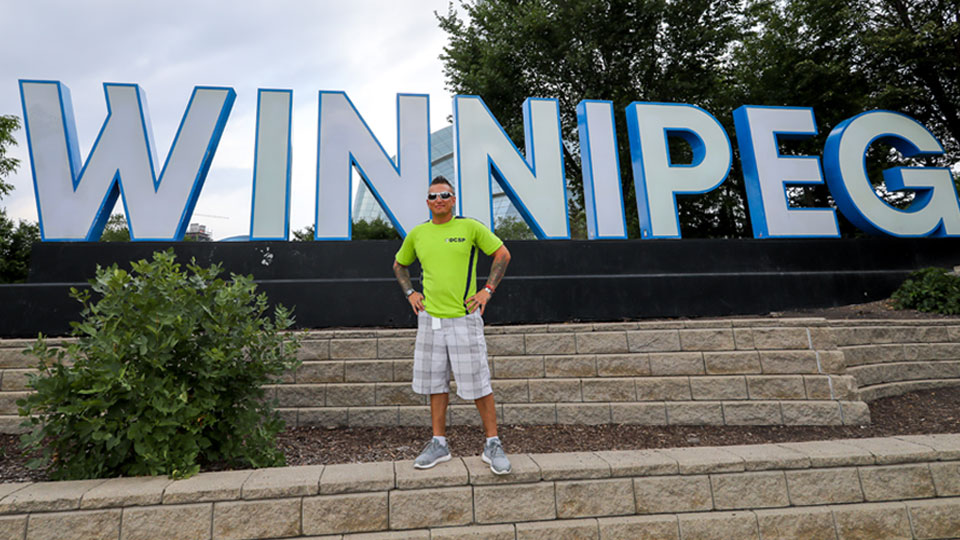 They say that to get to truly know someone, you have to walk a mile in their shoes.

As a member of the DCSP’s CONNECT team that offers frontline assistance to members of the downtown community, Vincent Lillie literally gets to walk many miles each day and meet plenty of people. The shoes he walks in now as a DCSP member, though, are far different than the ones he used to walk in as someone who was in a gang, addicted to drugs, and had done time in prison.

Lillie notes that growing up without a father figure was the catalyst for some of the issues he faced early in his life.

“Ultimately the drugs started it off and that opened up the door for crime,” he noted. “I was trying to search for my identity and was trying to find myself through other older males who happened to be negative people. I got into some trouble, did some time in prison, and got involved with gangs. I never really enjoyed the things that I was doing, but I ended up becoming a product of my environment.”

Eventually, Lillie met Mitch Bourbonniere, who was working with Ogijiita Pimatswin Kinamatawin (OPK), a grass-roots organization that works with vulnerable young people in need of assistance, as well as Indigenous men who have been involved with gangs and the criminal justice system. Upon spending time with Bourbonniere, who now serves as the DCSP’s Community Outreach Liaison while continuing work with OPK and other organizations, Lillie noticed more good things going on in his life, including being invited by Bourbonniere to join OPK.

Bourbonniere provided Lillie with a much better male figure to follow.

“Mitch gave me a chance and he believed in me at a time when it was really important. I went through life not really being trusted or believed in by anybody.”

Even with Bourbonniere’s support, the decision to leave his past life behind was ultimately one Lillie had to make for himself. Despite his addictions that so often trapped him from making healthy changes, he started making necessary choices to lead to a healthier lifestyle. 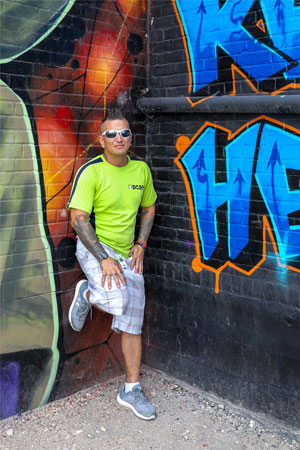 “In everybody’s life comes a point in time that you have to make a decision with whatever you’re struggling with. That choice came to me, and basically, I was sick and tired of being sick and tired.”

Now working for the DCSP, Lillie’s experience of overcoming his own challenges gives him great empathy and understanding for the people he encounters through work in need of assistance. His life experiences have had him walk many miles in the same shoes – or at least very similar shoes – as some of the at-risk people in Winnipeg’s core.

Building that trust is integral, as it is in any relationship. It opens people up to listening to Lillie and gives him the chance to support people through their own decisions to change their lives.

“Ultimately, they need to make the change on their own, but you just want to be present and be there to help them and support them. That’s the best way to help people get to a point where they can make that decision on their own.”

After spending so much of his early life searching for his identity, Lillie has certainly found his stride now with the DCSP. It’s a place where he feels he belongs, and a job he knows he is meant to do.

“It makes me feel amazing, considering where I came from,” said Lillie of his DCSP work. “Before, I was destroying my own community from the things that I was involved in every day. I believe that everything I went through was meant to happen, to break me down and to build me up to this exact purpose. This is what I’m thrilled to do.”

Though it may not feel like work to Lillie, connecting people to resources, distributing essential items, and providing support are vitally important jobs in downtown Winnipeg. So to are his visits to high schools to talk to youth about his past life, which serves as another way he tries to keep others from facing the same challenges he did.

His advice to high schoolers and the people he works with through the DCSP is advice that everyone should hear.

“Reach out. Whenever you have those moments where you feel like you need help, just reach out. That’s one of the things that keeps people trapped. They feel embarrassed or ashamed or angry about the condition that they’re in, but they need to realize that a lot of stuff happens to lots of people and they’re not alone.”

Thanks to Lillie and the DCSP, fewer people in downtown Winnipeg are alone, and more people are getting the assistance and resources they need.

This is not work that can be done by the DCSP alone, though. Regardless of what kind of shoes you wear, making our city a healthy, safe, and connected community is on all of us, and it starts with one simple mindset that guides Lillie each day.

“I want to let people know that they’re loved and that they’re equal, and I want to help break down that barrier that’s been created.”