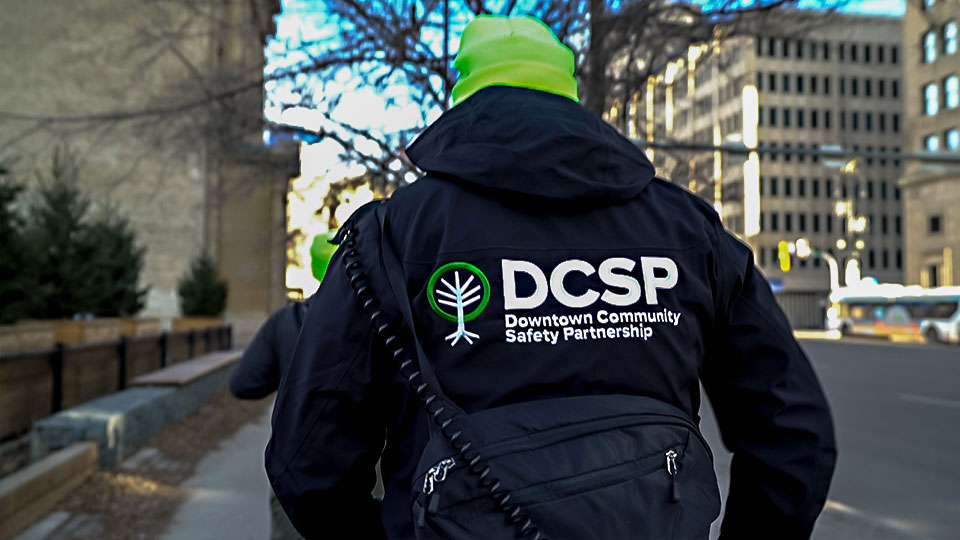 My name is “Jamie” and I have been working with the Downtown Winnipeg BIZ CHAT (now the Downtown Community Safety Partnership (DCSP) Community Outreach Advocacy Resource (COAR) Team) /DCSP for almost two years. When I was first referred, I was just recently released from jail, and was heavily addicted to opiates. I was experiencing homelessness – and had been for the last seven years – and wasn’t sure where my next meal was coming from. To add to the problems, people were always telling me I was no good.

My troubles started in another province, so I relocated to Manitoba hoping for a new start. My drug use only escalated, though, and I again got into legal trouble. I was in bad shape both physically and mentally and was carrying around an enormous amount of trauma, which led me to start working with someone from the DCSP who was so helpful in putting me on the right path.

They got me connected with treatment options in which I completed a 60-day residential stay at the Addictions Foundation of Manitoba. After I had graduated from that program, I went into a sober living house for another three months, after which the DCSP made sure I had secured housing through the Living Recovery Foundation. I also received many rides to and from medical appointments and felt like I had someone in my corner to advocate for me when I didn’t think I had a voice.

I am doing great now. I recently received my one-year sobriety chip at my local Narcotics Anonymous meeting and have received help in getting my I.D. and completing my taxes, while also receiving continued support when I need it. Through working with the entire CHAT (COAR) team, I feel like I have people who have shown me another path to take.