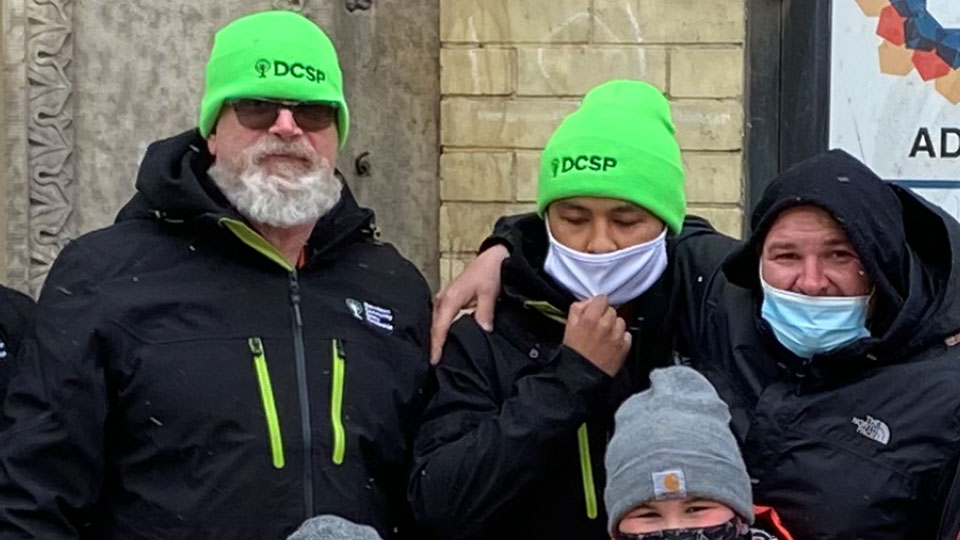 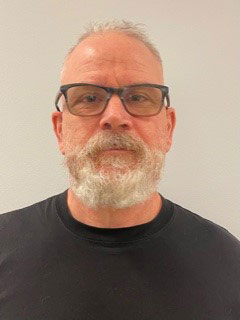 The Downtown Community Safety Partnership’s (DCSP) goal of creating a healthy, safe, and connected downtown Winnipeg community takes a lot of dedication and commitment. The organization is lucky, then, to have local educator and community activist Mitch Bourbonniere on their team, whose level of commitment to Winnipeg’s core community is unmatched.

That commitment began early in Bourbonniere’s life, after a tough childhood as he grew up in St. Boniface – the same neighbourhood he still lives in today.

“I had a very difficult early childhood with some difficult experiences. Then as a teenager, I found Rossbrook House, which is still there,” said Bourbonniere of the youth drop-in centre located on Ross Avenue. “I went and became a part of that community and started volunteering there and got into being a helper.”

That experience clearly meant a lot to Bourbonniere and sparked a passion in him for helping others that still burns strong today.

‘Lots of different things’ almost seems an understatement when you look at Bourbonniere’s extensive list of organizations he works and volunteers with. Joining the DCSP is only the most recent opportunity Bourbonniere has taken on. He’s a founding member of the original Bear Clan Patrol, and volunteers with Ogijiita Pimatswin Kinamatwin (OPK) and the Mama Bear Clan – both DCSP partners – as well as Drag the Red, Teddy Bears Picnic, CommUnity204, and Neemu-Egwah Inc.

His experience with the Bear Clan Patrol has particularly come in handy with the DCSP. The Bear Clan Patrol’s safety walks were originally started in response to women and girls sharing how unsafe they felt in the community. Those walks still take place and the DCSP is hoping to contribute to increased safety through their own frontline outreach teams walking the downtown area to ensure safety and support for the vulnerable population.

Bourbonniere notes that developing those safety walks is not as simple as just putting feet on the ground. It’s integral that it’s done in the right way so that the community embraces the frontline presence.

“I’ve got a lot of learned experience on how to do a patrol in such a way that the community embraces it – that it’s seen as a positive thing and not a in a negative authoritarian or law enforcement light. We want to make sure it’s more organic, more community-oriented, and more friendly and gentle.”

Having his master’s degree in social work, Bourbonniere also teaches at the University of Winnipeg and Urban Circle Training, while being employed by Mount Carmel Clinic as well. Among his other work, he provides support to the Manitoba Métis Federation, CEDA Pathways, North Point Douglas Women’s Centre, Rossbrook House, Seven Oaks School Division, the Shameless Circle, Elizabeth Fry Society, the Men’s Healing Together group and many other organizations.

Those connections that Bourbonniere has made will prove extremely valuable in strengthening relationships with the DCSP as well. From the beginning, the DCSP has operated as a public-private partnership – bringing together various levels of government, public organizations, community initiatives, and private businesses to better downtown. Though the DCSP has already built several partnerships to create a network of support for those who need it, Bourbonniere and the team hope to continue adding more organizations and businesses to the list.

“A big role of the DCSP is to navigate vulnerable people to other resources and other organizations that could also be supportive to them. Having those partnerships is really important – we’re able to guide people toward other resources.”

Though Bourbonniere is involved in the planning and developing of many initiatives to help vulnerable people in Winnipeg, he’s ensured that he’s stayed very hands-on in those processes as well. Perhaps the greatest example of Bourbonniere’s commitment to actively help those in need comes from December 2016 when he jumped into a Winnipeg river to save a young woman’s life – an act he received the Canadian Humane Association’s Bronze Medal of Bravery for.

It’s not about the awards to Bourbonniere though. For him, it all comes down to caring deeply about the welfare of others.

“I believe in community harmony, and sometimes there are folks out there who are struggling,” said Bourbonniere. “I think it’s incumbent upon us as a society to go and meet people, mingle, and get to know folks to make sure everybody’s doing ok. You can judge a society by how it treats its most vulnerable people, and if our most vulnerable people are doing ok, then we’re all doing ok.”

It’s that level of dedication that Bourbonniere brings to the DCSP, and you can count on him being just as active with the DCSP in continuing to create a safe downtown Winnipeg. He hopes that the dedication shown by all members of the DCSP pulls others into their mission of developing a vibrant community too.