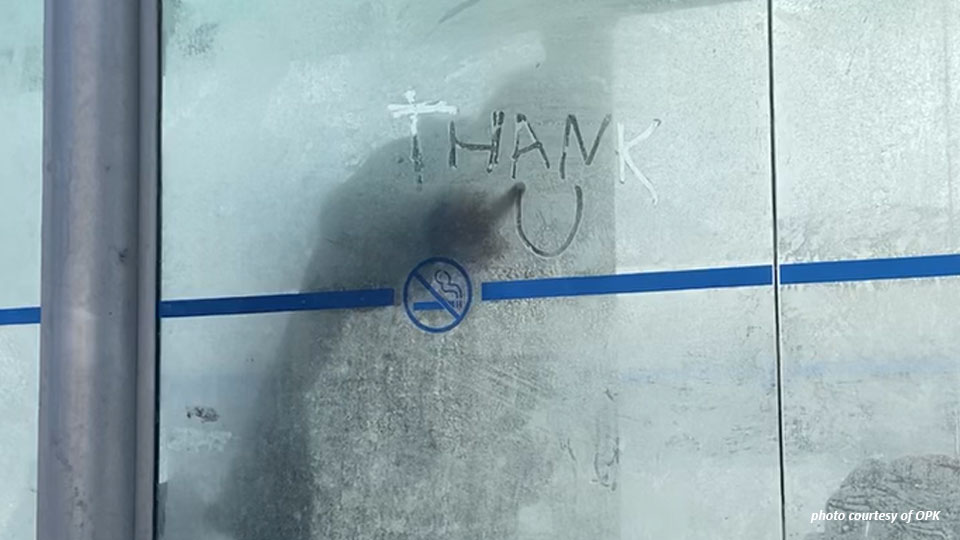 Winnipeggers are glad to be on the other side of a vicious cold snap that had weather stations regularly reading temperatures below -30 with the windchill, but for those living in the city’s core without a warm and safe place to call home, the impact of frigid temperatures can be especially dangerous.

During the stretch of frigid weather, the Downtown Community Safety Partnership (DCSP) teams have been out walking the downtown streets ensuring that everyone had the essentials they needed, from warm winter clothing, to granola bars, water bottles and hygiene products.

While the DCSP was on the frontline of contributing to the well-being of those in Winnipeg’s downtown, there were many more people involved indirectly in that effort according to DCSP Executive Director, Greg Burnett.

“We saw an overwhelming amount of community donations come in during that cold stint,” said Burnett. “Winnipeggers are known for their generosity, and as usual they came through when members of their community needed it most. We’re extremely encouraged to receive the support of the community in that way and are grateful to have had so many essential items to provide to those in the downtown who need it most.”

Though we may be past what appears will be the coldest weather of the winter, the need for essential items from many vulnerable people in downtown Winnipeg doesn’t end when the temperatures rise. The DCSP’s support won’t end either of course, but they also need continued contributions from Winnipeggers to be able to provide items and care to people who need it during the DCSP’s downtown walks.

The donations that the DCSP is able to make to those who need it are significant for several reasons. As well as meeting the immediate needs of vulnerable people in Winnipeg’s downtown, those items and the connections made while supplying them may serve as a starting point in linking people to resources and organizations that can meet other needs they may have.

“The word community is an important part of our organization’s name, because we aren’t in this alone by any means,” noted Burnett. “We partner with a lot of great organizations that also provide valuable resources and support to those who need it. These donations of essential items are integral on their own but can also serve as a gateway for us to connect with vulnerable people in our downtown and offer them further assistance through those partner organizations.”

OPK is one such organization that prior to code red had a twice weekly presence, joining DCSP teams on their downtown patrols. When safe to resume, Burnett and the OPK’s Mitch Bourbonniere hope that OPK volunteers can provide an even greater presence along with the DCSP.

In their goal of fostering a healthy, safe, and connected downtown Winnipeg community, it’s not just those organizational partnerships that will achieve that. It will take an entire diverse community of people joined in the common interest of bettering the downtown for everyone.

“We invite anyone and everyone who lives, visits, works, learns, plays, and makes up the downtown community to get involved. Donating much needed items is one great way of doing that and can go a long way in contributing to a vibrant community.”

Donations for the DCSP can be dropped off at the DCSP’s offices at 355 Portage Avenue.